Can I use a fake diploma to get a job? 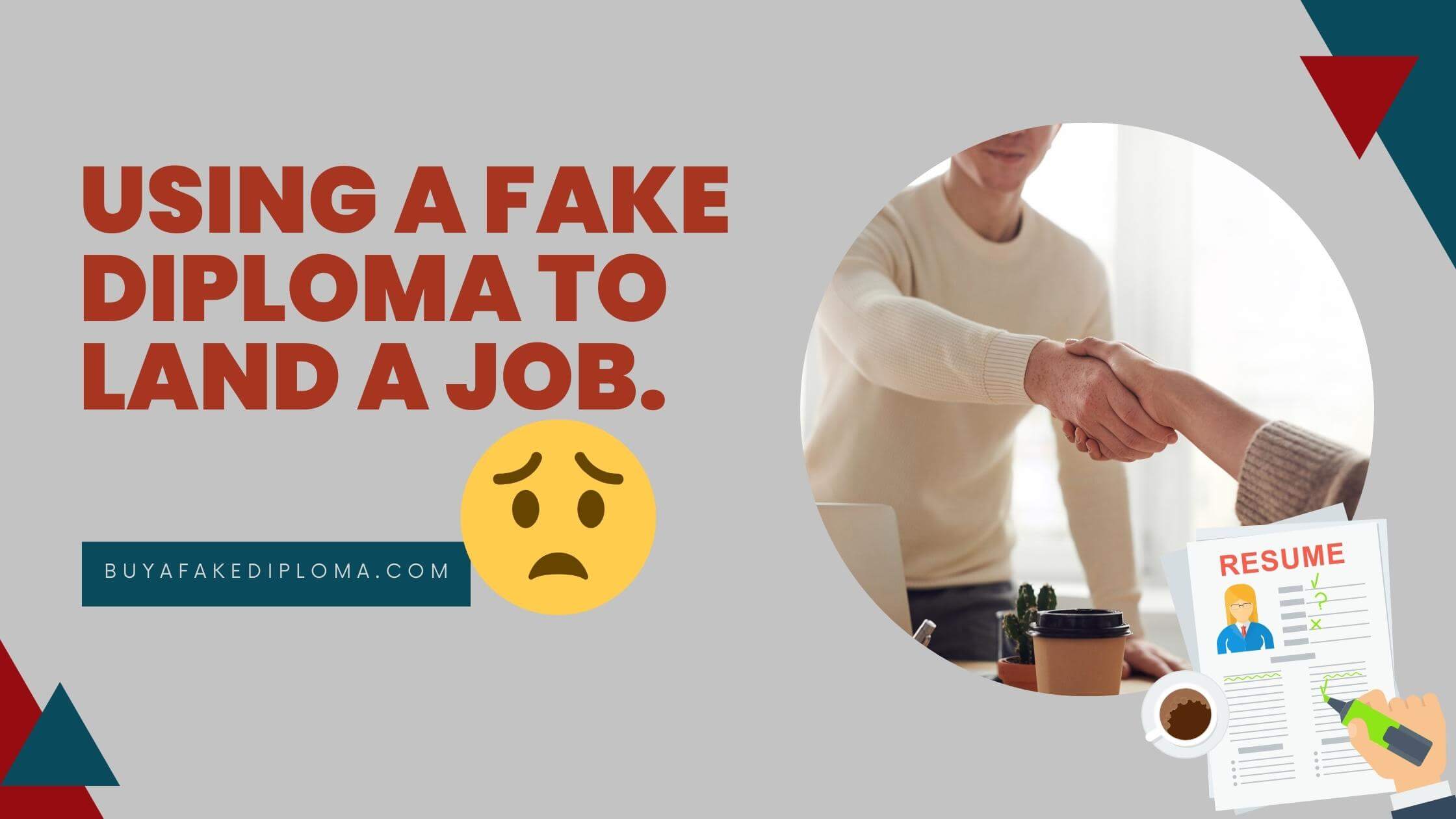 This article dives into big questions such as "Can you get a job with a fake diploma?" and "Do jobs actually check your diploma?"

A lot of people get excited at the idea of a fake diploma. That's likely because they have the wrong intentions. A lot of people think about landing a job they aren't qualified for with one. Others ponder using one to get into graduate school.

Will a school or job check that your diploma is legal? That depends on the job or school, as each will have their own verification methods. Yet, from a legal perspective, both the examples I gave above would be fraud. You would risk getting kicked out of school or destroying future job opportunities.

Remember the admissions scandal back in 2019? The one where parents were bribing their kids their way into school? Well, that puts a negative light on the whole system. In turn there's been more of a push to get back on cheaters. Your action to undermine the academic system these days was never a smart one, but especially now. Although you may want to use a fake diploma to get into university, I'd think again.

The same advice applies to landing jobs. Falsifying credentials, lying about experience, it's all illegal.

All this said, there are legitimate reasons why somebody would use a fake diploma. There a reasons that are more ethical or noble. This article offers a few to think about.

A lot of times you will hear that college students lack motivation. Others will say they are lazy. Although there may be some truth to this, others would argue that a lack of motivation isn't helping.

A fake degree could be a boost to their self-confidence. Imagine getting a diploma made that looks like a real one. On it, it shows their name, the degree they're working towards, and a future graduate date. They could hang it on their dorm wall. The fake could then inspire them to work harder each time by visualizing their goals.

In the same way, such a diploma could be given as a gift. Imagine handing this over to a future student. Instead of waiting til they've struggled and given up all hope, motivate them early. Such a diploma can remind them from day one what all their hard work is about.

There also people who see such an item as a true novelty. Let's say somebody obsesses over beer. A funny gift might be a "Doctorate in Sudsy Brews". The degree would be completely made-up and the diploma a novelty. Yet, but if they loved Oxford, and it looked like it was from Oxford, how cool would that be?

Others take it another step and buy a fake transcript too. These documents can list different subjects and scores for any degree. It will show credits they earned for courses like, "Beer Pong 101".

2. For fanatics of a school

When you watch a college basketball game on tv, think about how many people in the stands are students? Although many people are former and current alumni, some aren't. Some are fans of a school. Sure they may know somebody who has or is attending. But may be they like the school.

For some having such a fake diploma is memorabilia. Like a fan that wears a jersey of their favorite team, they want to feel like they are a part of it all.

Another case may be a parent who was unable to attend a college. May be they go onto have kids who grow up and later attend that same college themselves. May be as their children get their degrees, the parent gets a fake one for themselves. It lets them share in their child's accomplishments.

It is interested how people work so hard to earn a diploma. Then afterwards they quickly forget about it. Diplomas are often misplaced or damaged, and getting a replica diploma has benefits. Although it's recommended to reach out to your school first, this can be a hassle. Often schools only replace diplomas during certain parts of the year. Other times there can be huge delays in getting replacement sent.

Imagine starting a job and your boss needs a copy of your diploma. It's not about verifying records. He just expects his staff to show off their diplomas to their clients. He doesn't care how you get it, but he wants it and he wants it now.

A fake diploma used as a personal replacement may be a smart choice. Again, your not lying about credentials you don't have. Your just seeking a replacement alternative to long delays.

In some cases a job may even suggest a novelty diploma shop. Trying to replace difficult-to-replace diplomas is often a problem. Many businesses are aware of convenient solutions for a reason.

4. As set props on movies and shows

Another big consumer of fake diplomas are production companies. They often buy diplomas as set props for movies or tv shows. Other times you may see them during a play.

The next time you watch a movie, pay attention during scenes that take place at an office. On the wall you will likely see diplomas hanging up. These are all fake diplomas used as props. The diplomas often have the name of the character in the movie.

The reality is a movie needs to seem real. Even in the case of props like a diploma, if the diploma doesn't look authentic, the scene may not be believable. Movie sets are keen on attention to detail and high quality novelties are very important.

5. A diploma to complete your collection

I knew somebody years ago who collected diplomas. They had a high school diploma from 1921 and a college degree from 1954. He found the diplomas beautiful. The borders were elegant. The attention to detail spot on. It was a piece of art in his eye.

Yet there were some diplomas he could not get. One was a 1936 vintage diploma. It had come up at auction during an estate sale. He lost out on it.

My friend then used a fake diploma shop to replicate it. They had knowledge of the old diploma and were able to recreate it.

There are many reasons to buy a fake diploma today

These are just five reasons. I could go on and on. The point is that there are many non-fraudulent uses for a fake diploma. It doesn't have to be about landing a job you don't deserve or lying your way into school.

Consider a boost to one's esteem or a speedy replacement alternative. Look at it as another piece of fanatic ware or as a realistic prop.

Still have questions about what is legal and not with this kind of stuff, look here. Also be sure to check this out for more ways a fake diploma shop could help. 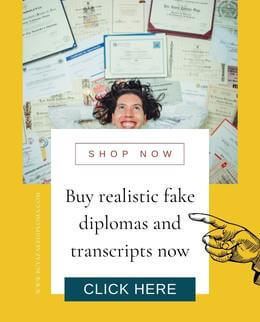 Blog Disclaimer
Any information read or acted upon that is found in part or in entirely on this blog are subject to our terms. You are reading this blog at your own free will. Any recommendations, links you click or content you consume is of your own personal choice. Reading this blog and taking any recommended actions is done so at your own risk. The value of this blog is strictly that of an entertainment value.